Here we will tell interesting facts about Beethoven. Ludwig van Beethoven, one of the greatest music composers of all time. He was born in December in Bonn, Germany. Born to a musical family, both his father and grandfather were singers in the state choir.

Beethoven made his remark in the classical music industry during the period between the Classical and Romantic eras.

The German composer has written several concertos, symphonies, string quartets, and piano sonatas. He performed splendidly as a pianist from his childhood to his mid-thirties. Indeed, everyone has heard his composition somewhere on the planet. Ludwig van Beethoven gradually became deaf over the years. However, he continued composing songs. Beethoven delivered some of the best work to the musical industry.

Beethoven’s life and the music were so complicated. Therefore on the occasion of Beethoven’s 250th Birth Anniversary, here’s a list of 10 Interesting Facts about everyone’s beloved rock star of the classic.

10 Interesting Facts About Music Composer Beethoven hide
1 His actual birthdate is unknown
2 He had a strange love life
3 He supported his family at a very young age
4 Beethoven was a Daydreamer
5 He became deaf at a very young age
6 He composed after he went deaf
7 He influenced the evolution of CD’s
8 Napoleon was his inspiration
9 He took lessons from Franz Joseph Haydn.
10 He died at the age of 56

His actual birthdate is unknown

In his biography, there’s nowhere mention of his birthdate. However, 17th December is celebrated as his birthday, which was actually the day of his baptism. During that era, the newborn was baptized after birth by the Catholic Church. Although most scholars believe he was born on 16th December.

He had a strange love life

He never got married. It is known that his first lady love was Julie Guicciardi who was a countess, but he could not marry her because he was a commoner. He has dedicated Piano Sonata No. 14, “Moonlight,” to Julie. He also fell in love with opera singer Elisabeth Röckel. He wrote his world-famous piano piece  “Für Elise,” for her. It is believed that he even proposed to her. One of the great mysteries to date about him is, he left a series of love letters for some unknown women. These letters are popularly addressed as “Immortal Beloved”. Recent biographies claims, the letters could be for Antonie Brentano, who married into the famous Brentano family.

He supported his family at a very young age

Beethoven dropped out of his school at the age of 10. His father considered his unexceptional intelligence and talent for his music. His father trusted this ability would convert into fiscal advantages. When he was a young person, he had accepted full accountability for his family.

Beethoven was a Daydreamer

Once, while addressing family companion Cacilie, she saw him daydreaming. At the point, when she requested an answer to what in particular she’d stated, his answer was, “I was busy with such a beautiful, profound idea, so I was unable to stand to be disturbed.”

He became deaf at a very young age

Ludwig van Beethoven began losing his hearing when he was in his early 20’s. Also, when he was at peak of his music carrier. At the age of 48, he completely became deaf. There is no definite reason why he lost his hearing. Although, based on various studies why he lost his hearing, the most likely causes might be a disease from his early childhood like typhus or smallpox. Even some scholars believed the disease came from typhus caused by a rat flea.

He composed after he went deaf

Beethoven used to write a letter to his friend, about his symptoms of deafness. He wrote the world-famous composition which is known today, were written after he lost his hearing. This journey made him crank and isolated, which he described in his journal.

He influenced the evolution of CD’s

Beethoven was already deaf when he composed “Ode to Joy”, the most famous. This sonnet was the last development in Beethoven’s Ninth Symphony. He couldn’t hear the applause when Symphony debuted on May 7, 1824. The Ninth Symphony actually impacts music right up, to the present time. It filled in as the layout of the 1970 overall pop hit “A Song of Joy.” Since 1985, the instrumental rendition of “Tribute to Joy” is the hymn of the European Union. The 80-minute norm for CDs set up in 1982 was additionally affected by the length of this roughly 70-minute ensemble. Reviewed by engineers of the item, the celebrated conductor Herbert von Karajan said that it should be conceivable to hear. Beethoven’s Ninth on only one CD.

Napoleon was his inspiration

Beethoven’s curiosity not only lies in music but also politics, literature, and philosophy. He was keen on Napoleon and even devoted his Third Symphony the “Eroica,” to him. He was a big fan of the French Revolution and tributes to heroism through his Symphonies. Still, when Napoleon delegated himself, Emperor, Beethoven eradicated this devotion from his score.

Beethoven moved to Vienna when he was in his mid-20s. There he took his lessons from Franz Joseph Haydn, who was known as the father of the symphony. Mozart was Beethoven’s ideal, who was also taught by Haydn. Even he made an early visit to Vienna, to meet his ideal Mozart. Beethoven dedicated his Piano Sonatas, Op. 2 to Haydn. However, both of them would often content and argue.

Beethoven died of a lung ailment on March 26, 1827. His friend contrasting his last moments with Beethoven’s Symphony “crashes that sound like hammering on the portals of Fate.” Nobody really knows his last word, but some of his friends and scholars have contemplated it as,  “I shall hear in heaven,” “Pity, pity — too late,” and “Applaud, my friends, the comedy is over” 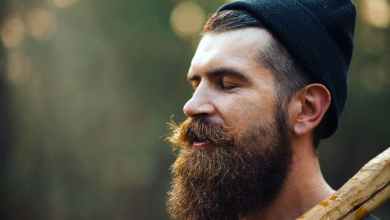 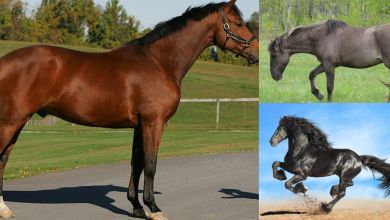 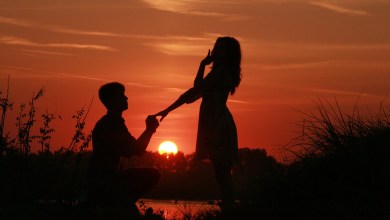